From Face, Mouth and Jaw
Jump to navigation Jump to search 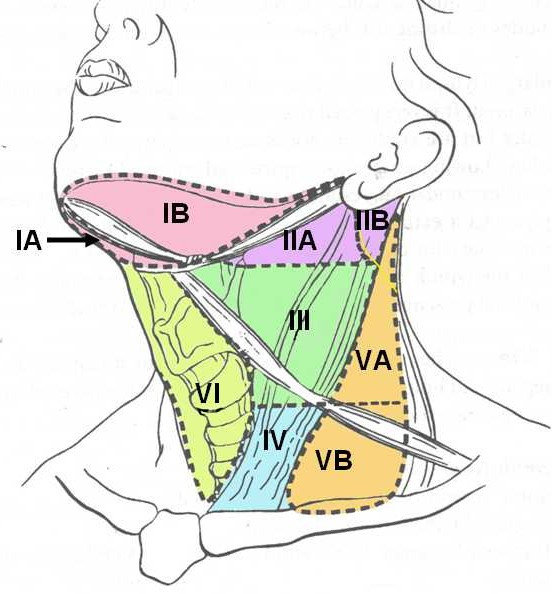 This is the anterior, or central, compartment of the neck. It is bound laterally by the carotid arteries, superiorly by the hyoid bone, and inferiorly by the supra-sternal notch. 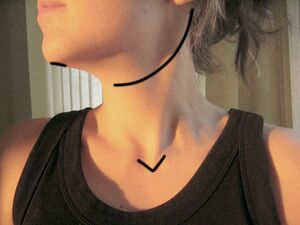 Edit of original from Wikimedia Commons 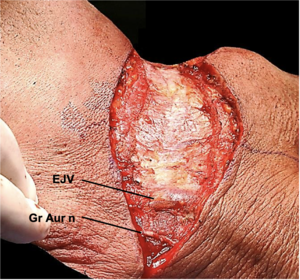 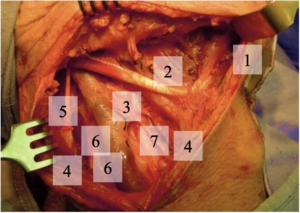 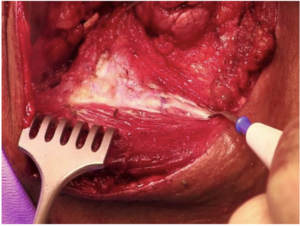